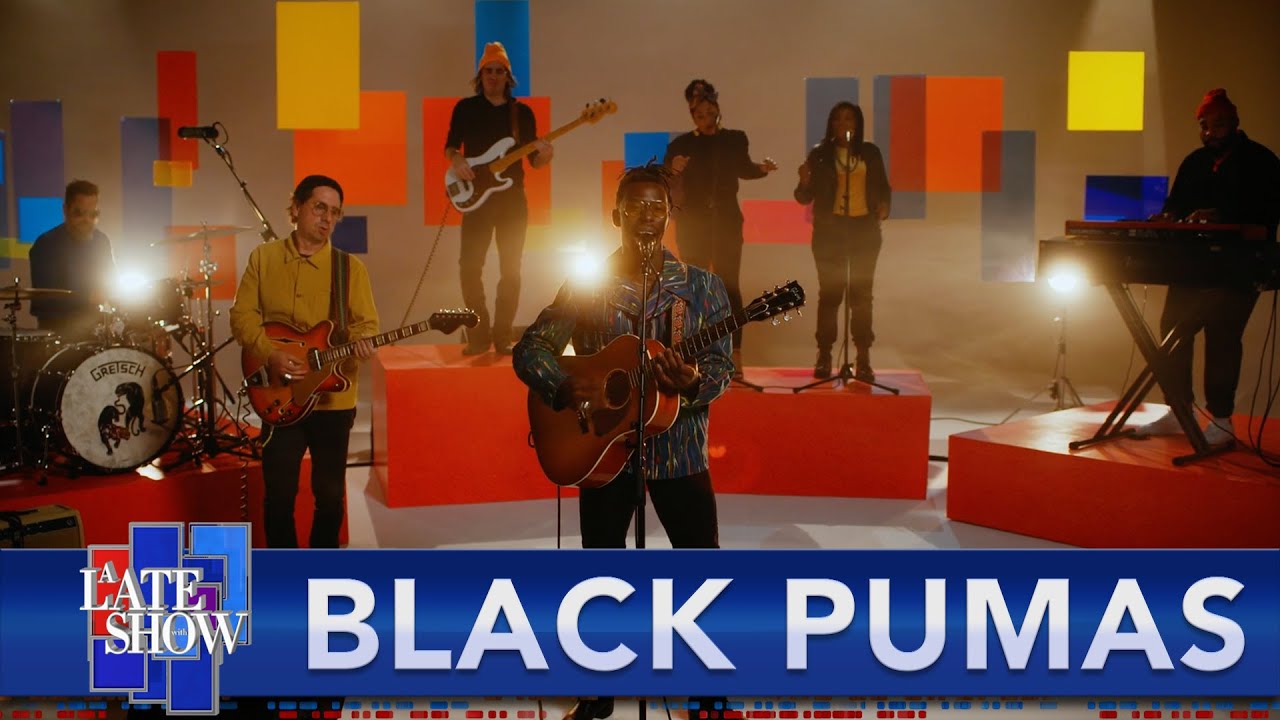 "Ayeee, sooo .... humbled beyond belief for the opportunity to join our next president and Vice President (Joe Biden) and (Kamala Harris) for inauguration 2021!!" Adrian Quesada, guitarist, composer and producer for the band, said in a Facebook post on Tuesday morning. "It’s really still a dream that we get to participate In this historic occasion. Tune in tomorrow night at 8:30 ET for a most special night celebrating our country’s resilience and diversity."

You can watch the inaugural livestream at bideninaugural.org/watch.

For a preview of the searing soul the Pumas will bring to the inaugural festivities, tune in to "The Late Show with Stephen Colbert" on Tuesday when the band will perform as a musical guest.

Black Pumas — led by singer Eric Burton alongside Quesada — is up for three Grammy awards this year. The band is nominated for record of the year for its single “Colors” and album of the year for the deluxe edition of its self-titled 2019 debut. The group is also nominated for best American roots performance. They were nominated in the best new artist category last year.

This year's Grammy Awards ceremony has been moved from February to March amid a COVID-19 surge in California.

UPDATE: On Wednesday, the Pumas released a new version "Colors" featuring the Hypnotic Brass Ensemble and a cover of Rodriguez’s “Sugar Man” on streaming service Spotify.

Listen to the Statesman's news podcast: The best local news, 8 minutes a day