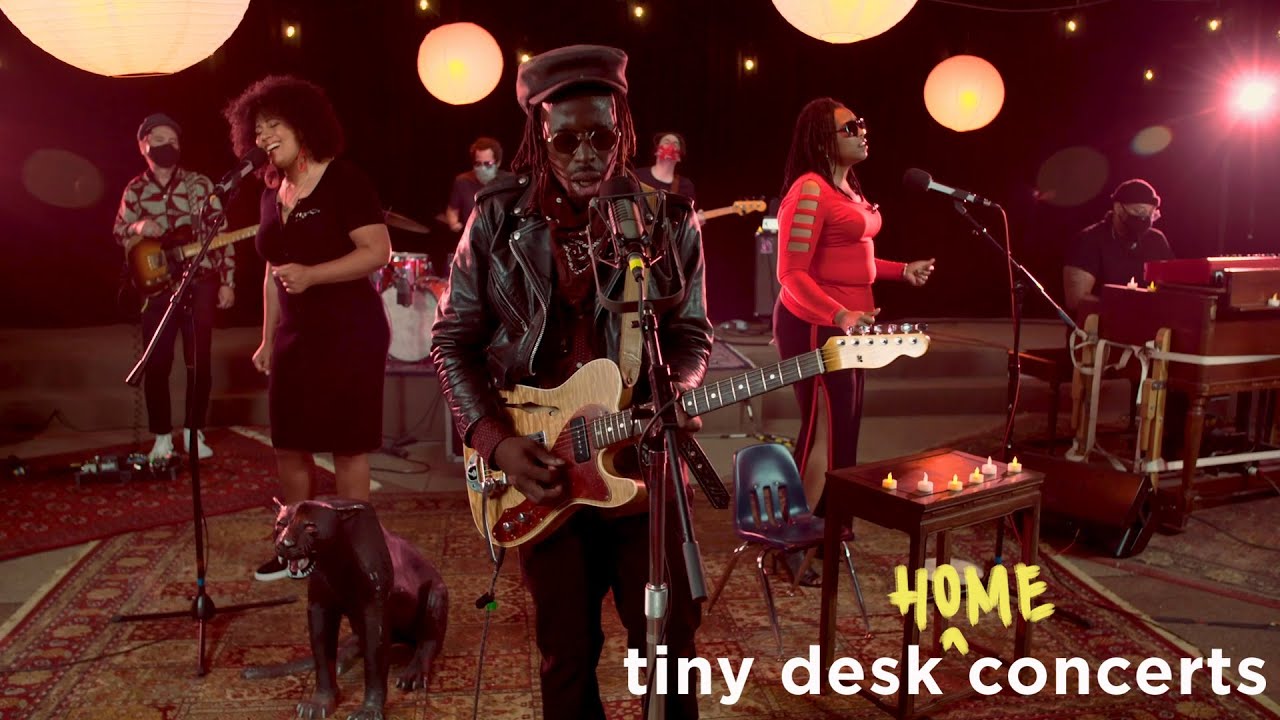 Hot of the heels of a trifecta of Grammy nominations including nods for Record of the Year for their single "Colors" and Album of the Year for the deluxe edition of their self-titled 2019 debut, Austin's rock 'n' soul sensations Black Pumas appeared on National Public Radio's popular Tiny Desk series.

Revamped for the pandemic, the series has been temporarily rebranded as Tiny Desk (Home) Concerts. Instead of being cramped around NPR producer Bob Boilen's desk, the band recorded a set at a studio in Austin.

"We decided to do this to send you guys a little bit of love out there just encouraging you to do your best to stay safe and hold things that are dear to you very near right now as we are experiencing these very peculiar times," singer Eric Burton says near the top of the set.

Despite the lack of an audience, the band delivers their characteristic sizzling soul in a four-song set that includes their hit songs "Colors" and "Fire."

In other Pumas news, the band recently released a booming cover of the 1967 Lou Rawls track, "Christmas Will Really Be Christmas." The civil rights era holiday jam unleashes an urgent appeal for a more loving and peaceful world cut with jingle bells and uplifting soul. It's begging for a place on your 2020 holiday playlist.

The Pumas also autographed a high end microphone that gear marketplace Reverb is selling as part of their One Mic project to raise money for youth music education programs.